Welcome to the 5th post in our '7 Reasons to Play Dad Quest' blog series. This time, we're taking a deep dive into how Dad Quest came to be so funny. Read on to hear directly from the developer!

Don't forget that, for Father's Day, Dad Quest is currently seeing a 60% discount! This is the lowest price that the game has ever been available at on Steam.

As a whole, Dad Quest was always designed to be funny (at least to some degree), but our aim with each joke was never to KO you with humor. We wanted to establish a world where whimsical things exist and are just generally amusing and by doing so, allow for humor to feel organic rather than forced.

Originally, we had designed Dad Quest with Adult Swim in mind. We were aiming to hook them with the premise and then subvert the expectation of their viewers with a very mellow, whimsical, PG-rated comedy game rather than the bloody, overwhelming humor that the channel was known for when we first started. We feel like most people expect a game called Dad Quest that’s about throwing your Child as a projectile weapon to be this offensive, over-the-top joke game and we really wanted to challenge that by taking the ridiculous premise and building a game without most of those expected things. We decided to build out an entire world based around the concept rather than make it this brutal thing. It was tough, but we feel like we’ve succeeded and a big part of why the game has taken so long to come out is because it took lots of iteration for us to figure out which mechanics/scenarios lended themselves to the type of humor that worked with the premise.

We have a relatively large team with intersecting styles of humor, but in general, jokes are freeform and start with a concept that’s amusing and ridiculous. We then worldbuild around it. Ridiculous ideas lead to internally consistent scenarios that are very funny to a lot of players as they aren’t what anyone would expect, but that aren’t just like “what?” or “lolrandom” jokes.

With that said, mechanically we factor in five things when coming up with and executing a “joke”:

Setting determines where the joke is going to take place and usually in Dad Quest that means us asking, “Okay, what part of the game right now needs something more? What part feels empty?” Once we determine that, we evaluate what’s missing (usually jokes or side content) and then conceptualize story ideas.

Story effectively means establishing what is going to happen. This is heavily dependent on what the setting and thus the context is, but it can also be influenced by what tone we feel the location in question needs. Story usually defines characters, motivations, and actions.

Tone is the emotional element. Usually tone is established by sound, but when we establish tone, we are usually doing it through the pacing and content of the dialogue. We don’t have very many slapstick or visual gags in Dad Quest, so a lot of what is funny relies heavily on setting, story, context, tone and finally what is actually said by our NPCs.

All of the above allow us to set Expectations which we can then use dialogue to Subvert. Usually we do this simply shifting the tone to something unexpected, but that is feasible, generally with a quirky line of dialogue. Jokes like this work really well in Dad Quest because you never really know what to expect so nearly everything can be a joke. This allows for jokes to come from anywhere at at unexpected times. 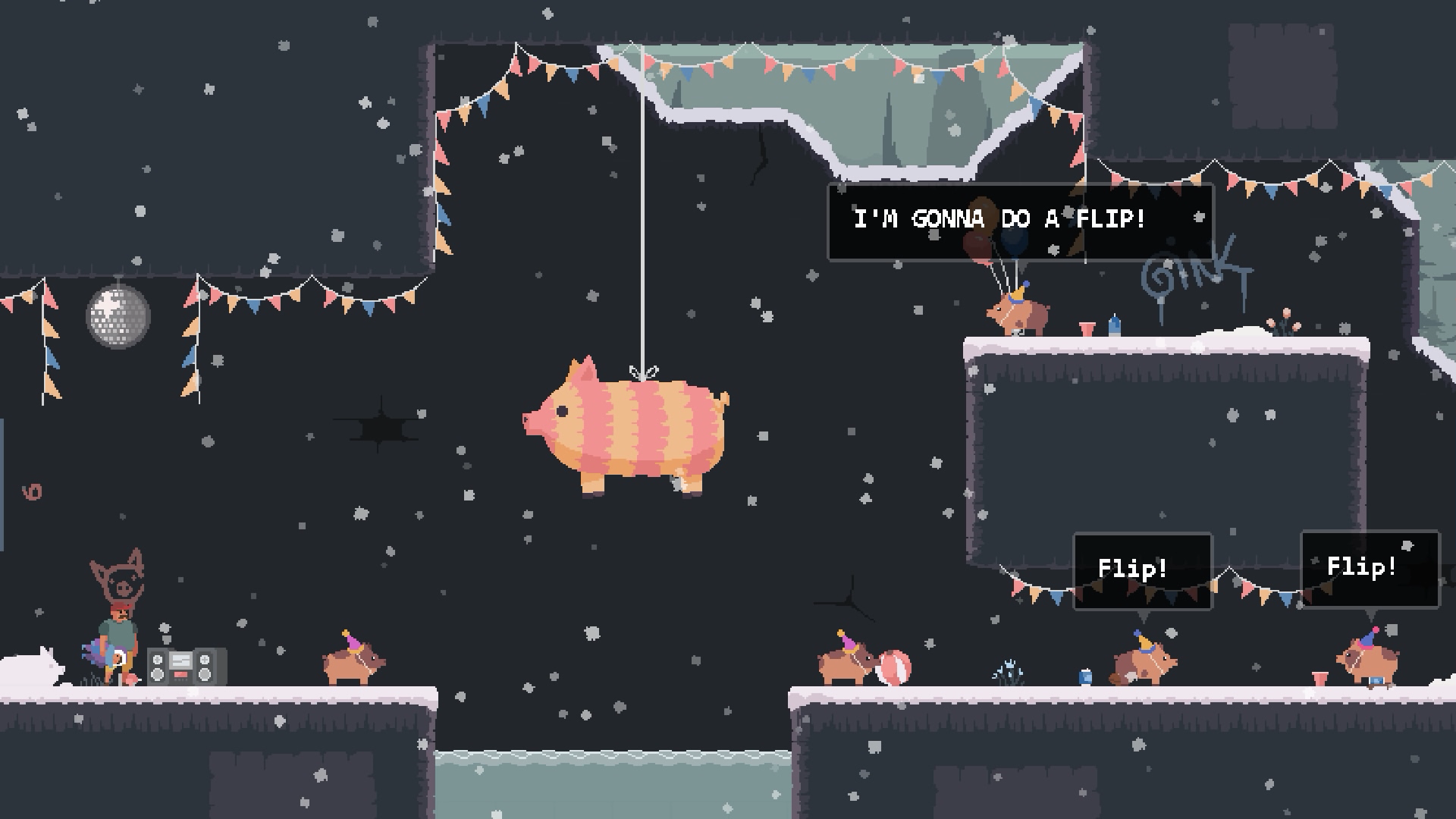 Now most people think that a critical element of being funny is knowing what “funny” actually is or being funny yourself. But that’s not the case entirely. Humor is of course 100% subjective, but because subversion of the expected is the core of humor all you need to really know is how to set up an experience that you can subvert in some way. Setting up the audience for a punchline is the same as weaving a narrative with a core fallacy and then exposing that fallacy. Thus, all a joke really is is preparing the listener (or the player in this case) for one thing, but then doing something else. The key to humor is making sure that that “something else” is still believable based on the context that you’ve set up otherwise all you’ve done is be random. 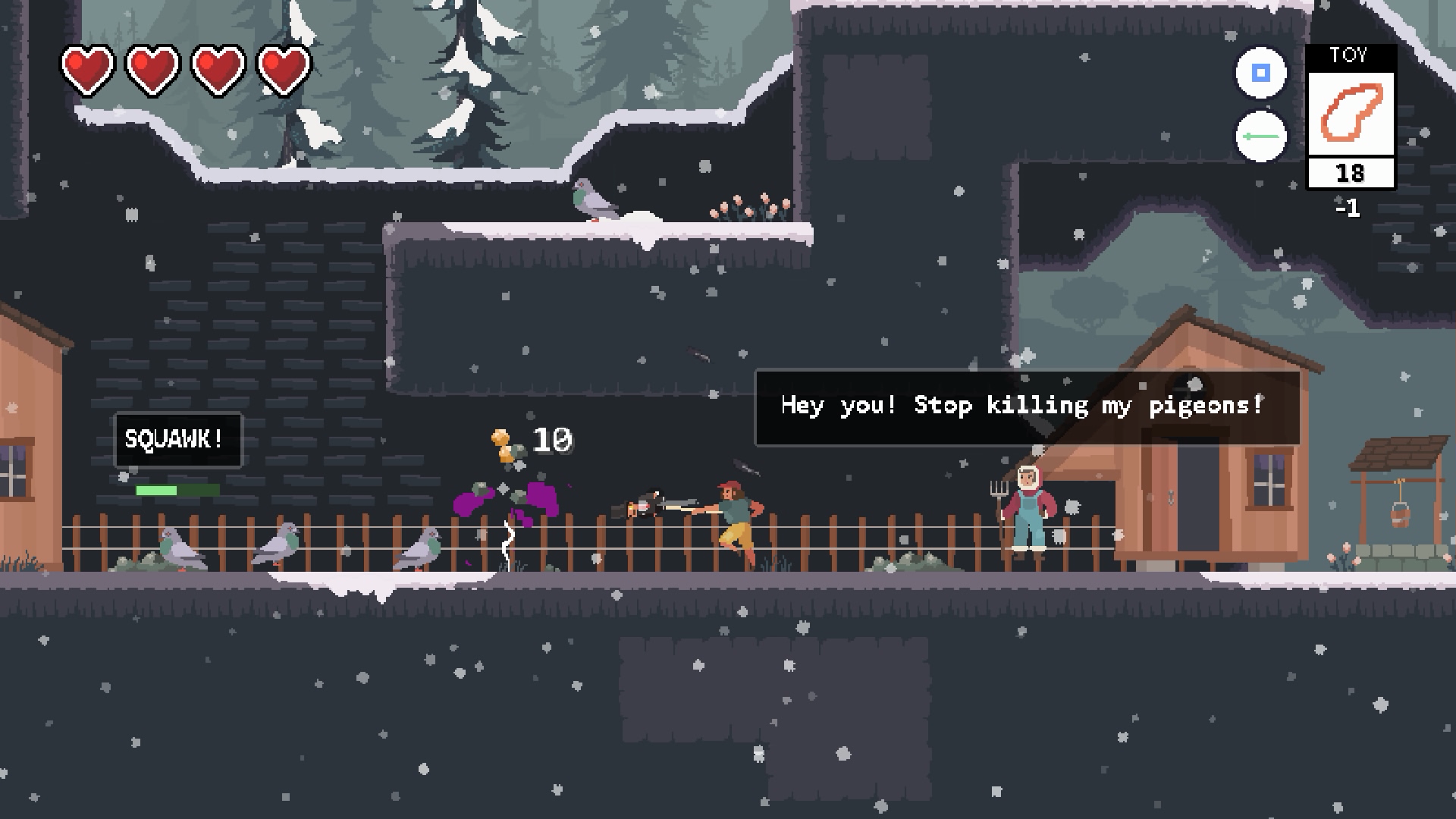 Beyond that, the joke itself doesn’t really matter. Usually we try to avoid being offensive, mean, gross, etc. Instead we favor jokes that are cute, whimsical, or just dumb.

This is pretty much how all humor in Dad Quest is created.